Much has changed in many arenas of life and the general situation seems to be getting worse by the day. This is a world that still seems to be in a pretty dismal condition and offers little to no prospect for progress of improvement.

The world today is a much more dangerous place in many aspects than it used to be years back. Much has changed in many arenas of life and the general situation seems to be getting worse by the day. This is a world that still seems to be in a pretty dismal condition and offers little to no prospect for progress of improvement. Today, people appear to be inclined toward greed, oppression, violence, threat, conquest, exploitation and even self-exploitation. For example, poverty is pushing more people into despondency and this in some cases has resulted in people fleeing their homelands in search of supposedly better lives in the developed nations. Some people are fleeing their homelands as refugees, seeking refuge in other developed countries. Many who take this path risk their lives through running away or escaping across unfriendly and wild oceans where many drown and die before reaching their destiny.Environmental degradation is another challenge that is affecting lives of many people. The ones suffering the most are people in developing countries where the effects of environmental degradation have contributed to drought that is adversely impacting their livelihoods and disturbing their daily lives through such induced practices as load shedding. Load shedding is periodic loss of electric power in homes brought about by reduced water levels and this has affected the production of hydroelectric power. Even in the United States the impact of environmental degradation or commonly known as global warming has taken its toll in some states where drought has negatively impacted many communities. Although much of the environmental injustice is being perpetuated by the rich and some developing countries including the United States and China. These countries have refused to take responsibility for the misery their actions have caused to many peoples especially those in the developing countries. One particular example is in the area of bio-medics in which we have see a proliferation in the number of viruses. These viruses have caused untold misery and mayhem in some parts of the world. The latest viral incident has been the novel COVID-19 that broke out in Wuhan, China in 2020 and immediately became a pandemic causing hundred of thousands of preventable deaths across the globe. The first cases were reported in Wuhan since early April of 2020. In the area of politics the story is no better as we now have a new crop of politicians who are narcissistic self-declared gods and who are driven by their egocentric and insatiable desire for gain and wealth at the expense of the masses. This political scenario, unfortunately, is what we are witnessing now. We have a political system that is driven and dictated by the wealthy and powerful. Most of these individuals are doing everything in their power to feed on and exploit people''s fears all for their own aggrandizement.This book utilizes different angles to discuss these critical issues using a Christian lens. It also simultaneously highlights brokenness as the resulting consequence of the issues highlighted above. When people are victims of poverty, of viral pandemics, of environmental inequity and have no immediate hope or resolve to redress their situation, they are broken. When they flee their homelands and often risk their lives across unforgiving and turbulent oceans, they are broken. When they are timid and exploited by a political machinery that feeds on their vulnerability, they are broken. When environmental injustice affects the welfare and wellbeing of many people who do not have any power or privilege, they become broken by the consequence of this injustice. From a Christian perspective, the only answer to these challenges is God. God offers an unflinching, ceaseless and powerful revelation of love and compassion for the broken. The Bible, which testifies to this, contains scriptures that are a harbinger of Jesus''s love for humanity and of how He is interested in mediating, mending and restoring broken humanity to His image. This book espouses faith and spirituality as central elements for victory against the current economic and social malaise.These two are tried and tested weapons that can effectively confront the current ills. The book discusses how spirituality and belief in God and how taking Him by His word is the only credible answer and hope for broken individuals, families, groups and communities. It provides a poignant discussion of how brokenness affects individuals, families and communities and offers practical suggestions of how brokenness can be addressed through the use of different platforms nested within a Christian perspective. Each of the following twenty chapters: A Broken World; War and Brokenness; Physical and Social Environment; International Refugee Crisis; Being Broken; Brokenness and Transformation; Reflecting and Brokenness; Staying Strong; Navigating Brokenness through Life; Social Work and Life; Brokenness, Social Work and Church; Storms and Brokenness; Standing Firm when Broken; Finding Meaning In a Broken World; Life is short but Eternity is Long, Long, Long; Rejoicing in a Broken World; The Holy Spirit in Brokenness; The Blessed Hope; Spirituality in Brokenness and; Inspirational Insights is unique and offers a persuasive and compelling argument for restoration and hope even in the midst of brokenness. The chapters offer solid discourse on ways in which the church and other stakeholders might use spiritual practices that could remedy brokenness and restore hope in those who are impacted by this malady. Although the book seems to provide practical suggestions for social workers, it is a very useful resource to other helping professions who are working and coming into contact with broken individuals daily.

The Role of Social Workers in a Broken World: a Christian Faith Perspective

Authors: Samson Chama
Categories:
The world today is a much more dangerous place in many aspects than it used to be years back. Much has changed in many arenas of life and the general situation seems to be getting worse by the day. This is a world that still seems to be in a 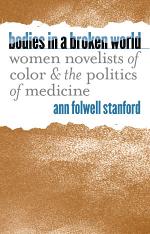 Bodies in a Broken World 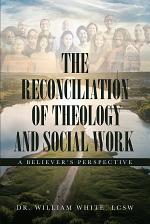 The Reconciliation of Theology and Social Work

Authors: William White, LCSW
Categories: Religion
The Reconciliation of Theology and Social Work seeks to add to the discussion between Christian theology and social work. William C. White's goal is to offer a practical approach and theoretical framework for service grounded in the spiritual wisdom of God's word. As he writes, "There is an extremely rich 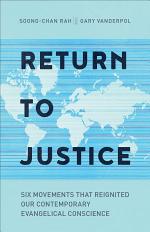 Authors: Soong-Chan Rah, Gary VanderPol
Categories: Religion
Reclaiming an Evangelical History of Activism In recent years, there has been renewed interest by evangelicals in the topic of biblical social justice. Younger evangelicals and millennials, in particular, have shown increased concern for social issues. But this is not a recent development. Following World War II, a new movement 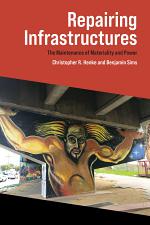 Authors: Christopher R. Henke, Benjamin Sims
Categories: Political Science
An investigation of the causes and consequences of the strange, ambivalent, and increasingly central role of infrastructure repair in modern life. Infrastructures--communication, food, transportation, energy, and information--are all around us, and their enduring function and influence depend on the constant work of repair. In this book, Christopher Henke and Benjamin