To Serve My Country , To Serve My Race acknowledges such contributions by observing how the military and the lives of the African American Wacs changed as a result of World War II . Chapter 2 focuses on structural changes that were made ... 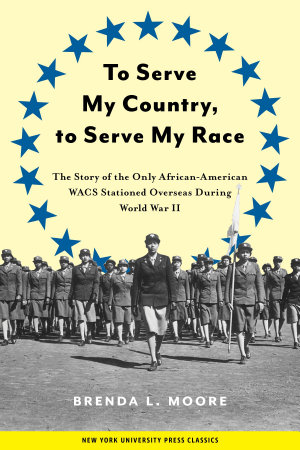 I would have climbed up a mountain to get on the list [to serve overseas]. We were going to do our duty. Despite all the bad things that happened, America was our home. This is where I was born. It was where my mother and father were. There was a feeling of wanting to do your part. --Gladys Carter, member of the 6888th To Serve My Country, to Serve my Race is the story of the historic 6888th, the first United States Women's Army Corps unit composed of African-American women to serve overseas. While African-American men and white women were invited, if belatedly, to serve their country abroad, African-American women were excluded for overseas duty throughout most of WWII. Under political pressure from legislators like Adam Clayton Powell, Jr., the NAACP, the black press, and even President Roosevelt, the U.S. War Department was forced to deploy African-American women to the European theater in 1945. African-American women, having succeeded, through their own activism and political ties, in their quest to shape their own lives, answered the call from all over the country, from every socioeconomic stratum. Stationed in France and England at the end of World War II, the 6888th brought together women like Mary Daniel Williams, a cook in the 6888th who signed up for the Army to escape the slums of Cleveland and to improve her ninth-grade education, and Margaret Barnes Jones, a public relations officer of the 6888th, who grew up in a comfortable household with a politically active mother who encouraged her to challenge the system. Despite the social, political, and economic restrictions imposed upon these African-American women in their own country, they were eager to serve, not only out of patriotism but out of a desire to uplift their race and dispell bigoted preconceptions about their abilities. Elaine Bennett, a First Sergeant in the 6888th, joined because "I wanted to prove to myself and maybe to the world that we would give what we had back to the United States as a confirmation that we were full- fledged citizens." Filled with compelling personal testimony based on extensive interviews, To Serve My Country is the first book to document the lives of these courageous pioneers. It reveals how their Army experience affected them for the rest of their lives and how they, in turn, transformed the U.S. military forever. 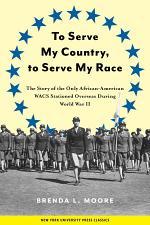 Authors: Brenda L. Moore
Categories: History
I would have climbed up a mountain to get on the list [to serve overseas]. We were going to do our duty. Despite all the bad things that happened, America was our home. This is where I was born. It was where my mother and father were. There was a

Release a Man for Combat 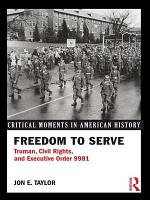 Authors: Jon E. Taylor
Categories: History
On the eve of America’s entry into World War II, African American leaders pushed for inclusion in the war effort and, after the war, they mounted a concerted effort to integrate the armed services. Harry S. Truman’s decision to issue Executive Order 9981 in 1948, which resulted in the integration 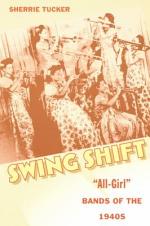 Authors: Sherrie Tucker
Categories: Music
The forgotten history of the “all-girl” big bands of the World War II era takes center stage in Sherrie Tucker’s Swing Shift. American demand for swing skyrocketed with the onslaught of war as millions—isolated from loved ones—sought diversion, comfort, and social contact through music and dance. Although all-female jazz and 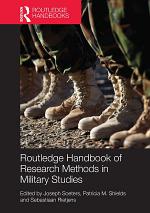 Authors: Joseph Soeters, Patricia M. Shields, Sebastiaan Rietjens
Categories: History
This volume offers an overview of the methodologies of research in the field of military studies. As an institution relying on individuals and resources provided by society, the military has been studied by scholars from a wide range of disciplines: political science, sociology, history, psychology, anthropology, economics and administrative studies.